If you’re getting everyone together for Christmas dinner, you want to provide some fun activities and games in addition to just the meal. Here are some good ideas to keep the crowd in the Christmas mood and keep them busy and diverted until the meal is ready.

Guess the dinner – Have all the people who are not working in the kitchen do a smell test and try to figure out what’s on the menu for dinner. Sure, turkey or ham or roast beef might be an obvious choice and an easy one if they are traditional in your family, but what’s the potato smell? Is it a hashed brown casserole, or baked potatoes? Are they mashed with sour cream or garlic? Are there brussel sprouts for dinner or squash, or both. The winner, or the person who most closely guesses the items on the menu, gets a taste test.

Board game fun – Bring out the most kid-like board game you have. This might be one that was just opened that morning or something you already have. Get the men in the house (not the boys, but grown men) to sit down on the floor and play the game. A great picture can be had when the fathers and grandfathers are on the living room rug playing Candyland or Chutes and Ladders. Better yet, bring out a princess game and enjoy watching the men get dressed up like princesses as the game goes on. As a secondary activity, pit the kids and dads against each other in a game of monopoly or cards. The kids can play with their dads on a team or the dads can play against the kids. Either way, it’s sure to be fun.

Outdoor fun – Have a fun game of “toss the hat”. Fill Santa’s hat with some candy or other small items and try to toss the hat around without the items falling out. You can have a relay with Santa’s hat where everyone wears Santa’s hat, then hands it to the next person, who has to put it on and then take if off and then hand it to the next person. How about a rousing game of football, where the goal line is made of discarded Christmas ribbon? Or a game of soccer where the soccer ball is a rolled up ball of discarded Christmas paper.

Where’s Santa? – While eating dinner, have a fun activity going on that’s sure to delight the children. Using a Santa hat, play a game of “where’s Santa”? Surely he’s back at the North Pole by now, right? Have someone start with the Santa hat and under the table, that person passes it to someone else. Everyone tries to decide where the hat is. Whoever has the hat (they can keep it in their lap while they eat) winks at someone else when they catch their eye. If someone gets winked at, they say, “Santa’s lost!” and this continues, with the passing of the hat and the winking, until someone figures out where Santa is. 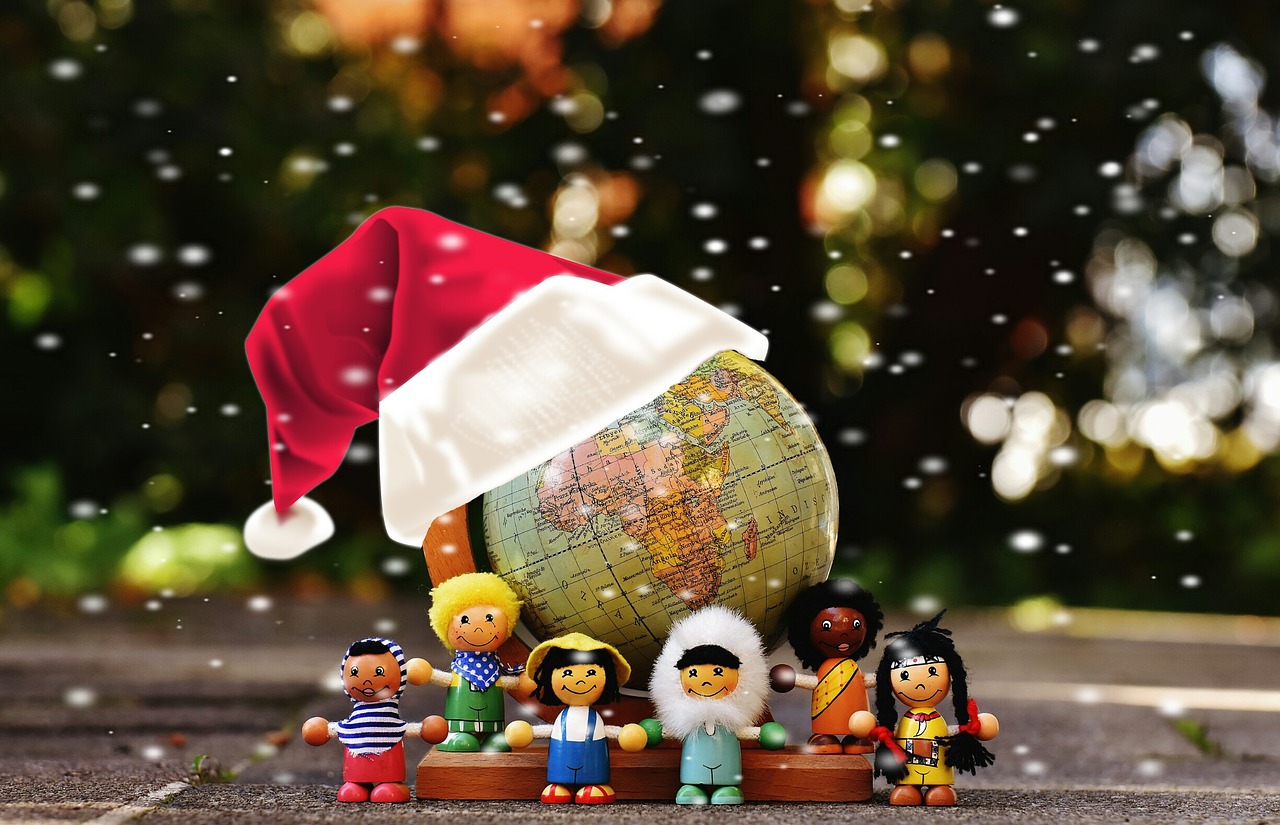 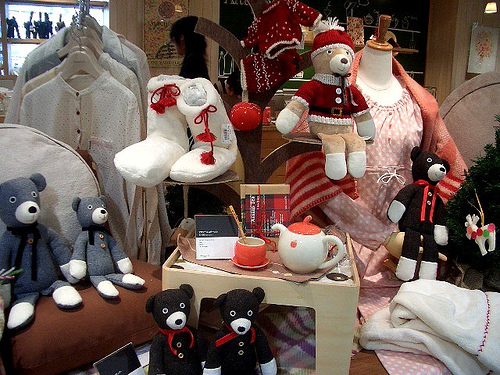 Christmas Shopping for Out of Town Relatives 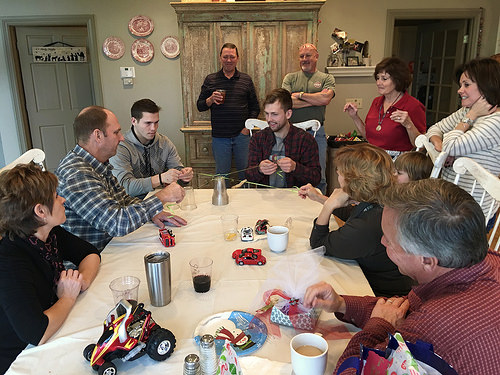 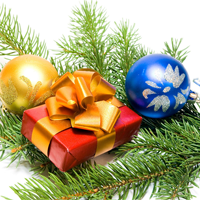