Get Ready For Christmas Quotes & Quizes

Christmas Trivia: The Shocking Truth About Christmas and Santa Claus!

The Shocking Truth About Christmas and Santa Claus!

Christmas is one of the most popular holidays and is celebrated around the world by Christians and non-Christians alike.

Although Christmas traditions vary from country to country, many are remarkably similar. For example, a beloved figure that gives out gifts appears in almost every single culture that celebrates Christmas. Sounds familiar, right? It turns out Santa Claus appears in many different guises, who knew! Impress your family this holiday with our Christmas trivia!

Who is Santa Claus?

The legend of St. Nicholas, otherwise known as Santa Claus, dates back centuries to the town of Myra (located in modern day Turkey), where Bishop Sinter Klaas was known for his generosity, especially towards children and the poor. According to Dutch legend, St. Nicholas would bring gifts at Christmastime by slipping in an open window or coming down the chimney. Thus, the tradition was born!

Every year at 5:00 a.m. MST on December 24th, the North American Aerospace Defense Command (NORAD) watches their radar screen for one peculiar aircraft — Santa’s sleigh! Using a worldwide network of radar and satellites, NORAD is able to track Santa’s progress around the globe and report his current position via the Internet. 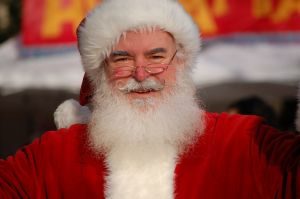 Of course he does, in fact he lives in Rovaniemi, Finland! Don’t believe it? Visit Santa’s workshop for yourself and see the elves hard at work building toys for the holidays. Santa’s Village is located in the Finnish Lapland on the Article Circle, one of the coldest places on earth and certainly suitable for Santa’s North Pole address — brrrrr!

Santa, is that really you?

What do Three Kings, a Grandmother, a Gnome, a Camel, an Old Witch and a Jolly Old Man have in common? They all give out presents on Christmas! It’s true, Santa Claus is seen in many different guises; it all depends on the Christmas traditions of that particular culture. In France, children are visited by Père Noël, while in Holland they see St. Nicholas or Sinter Klaas. In England, Santa Claus is known as Father Christmas and in Latin America and Spain he is represented by the Three Kings. German children on the other hand will see Christkind, who is considered to be an angelic messenger of Jesus.

Meanwhile in Russia, gifts are handed out by the beloved Babouschka, a grandmotherly figure. If you grow up in Sweden, your presents will be delivered by a gnome in a sleigh while Syrian children receive their gifts from a camel belonging to the Three Wise Men. And if you live in Italy? Well, you’ll be getting a visit from a kind old witch named La Befana!

Christmas is one of the most celebrated holidays in the world, and little wonder with its rich and intriguing history. Every culture that celebrates Christmas has their own unique spin on the traditions and the figure of the beloved gift giver Santa Claus. Whether he’s a camel, a gnome or just a kindly old man, we still love him. Merry Christmas! 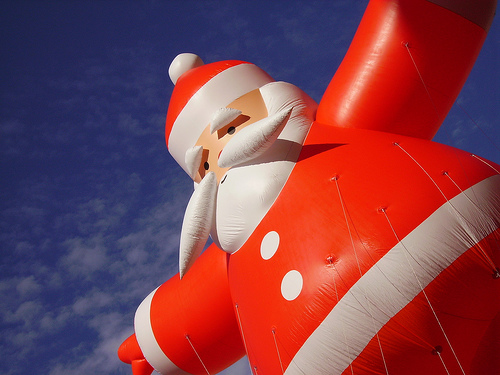 Remembering The Reason For The Season

The Cost of Christmas

Secret Santa – The Element of Mystery